2012 was a transition year for real estate in many areas of the Province, as many hot markets cooled and took an inevitable 'breather' while others look poised to turn positive. The rapid run-up in prices in a core set of markets (Vancouver, Richmond, Burnaby, and West Vancouver) over the past few years has actually overshadowed the fact that many other areas of the province have experienced slow to average markets since 2008. Looking forward, it appears as though 2013 will see a continuation of 2012, with flatter market in some of the traditionally hotter areas and a stronger market in areas that have recently performed relatively poorly.

In December, Macdonald Realty surveyed its managers around the province to debrief the year that was, and forecast the year to come. As a comparison, last year's forecast was a mixed bag, as our forecasts for prices were largely correct but our forecast for the number of sales was off slightly.

Prices for single family homes are already off 10%+ from their peak in 2009. This decline has been most pronounced in Richmond, West Vancouver, and the West Side of Vancouver. More affordable asset classes and areas of the city have seen relative price stability and are expected to remain that way.

For 2013, it is expected that the prices for all areas and all asset classes will remain flat. Volume is expected to remain low until February, when we expect a spring market to commence. Chinese New Year occurs on February 10 and this along with some pent up demand will likely result in an increase in demand for residential properties. While prices will remain flat in 2013, we forecast that the number of sales will increase over 2013.

The Fraser Valley has not benefited from the same rapid price increases as in Greater Vancouver. Because of this, the downward pressures being exerted in more expensive areas of the lower mainland are less prominent in the Fraser Valley. The main reason for this is that while the population continues to grow rapidly, there is still a lot of developable land, which has allowed developers to keep pace with demand.

For 2013, the forecast is therefore similar to Greater Vancouver, although slightly more positive. Prices will remain relatively flat depending on your specific area, with some areas experiencing slight gains through the year. Sales volumes are expected to increase over 2012 levels.

The 2012 year started strong for sales in greater Victoria, but dropped off markedly the second half of the year. According to the CMHC Housing Outlook, the last quarter of 2012 is the bottom of the market for Victoria and they predict there to be a slight increase in number of sales going into 2013 due to pent-up demand.

Much like the lower mainland, we expect prices to stabilize in 2013 as pent-up demand offsets the larger inventory that has accumulated through the past year.

The Okanagan has seen a slow, but stable market through 2012, which seems to have become the new normal ever since the US real estate collapse in 2007. This is because of the dramatic shift in buying patterns as people who previously bought recreational properties in the Okanagan shifted their focus to decimated real estate markets down south. This trend has also been seen in other recreational markets like Whistler and the Gulf Islands.

However, with the US real estate market seeing signs of life, expect to see these Canadian markets to rebound as well. The Okanagan has already seen inventory levels drop from their peak to 5200 to the current levels in the low 4000s, so expect both sales and prices to begin a long, albeit slow, rise in 2013 as the US housing market recovers.

Three other factors will likely affect the BC housing market in 2013. Firstly, the global economy is still on shaky ground and any big macroeconomic shifts could affect both the reality and the psychology of both buyers and sellers. Secondly, with the transition from HST back to GST/PST on April 1st, new developments will once against become more viable at the high end. In reality, the shift for most buyers will result in minimal changes, but one cannot discount the psychological effect. Finally, with a provincial election slated for May this year, the real estate market will likely turn cautious during the campaign. This has been the historic norm and there is no reason to suggest that 2013 will be any different, even if the polls suggest that the outcome of the election is predictable. 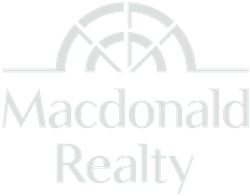